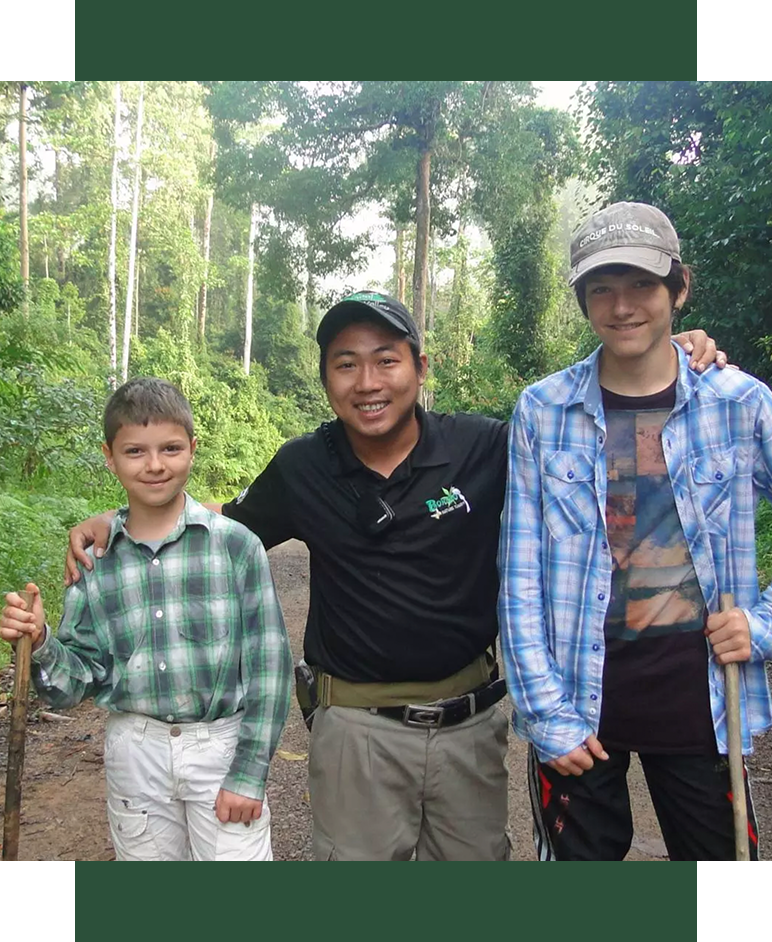 Few years ago, me and my family visited Borneo and spent a week in Malaysian rainforest. I wanted to see the orangutans living in their natural environment. I contacted a person who was to help me to organize professional rainforest hike in places usually hard to reach. We drove to the national park, which is situated in the state of Sabah, in the north-eastern part of the island and is strictly protected. You can only enter there by showing documents. I was a little surprised that you can enter the jungle only this way, but I found out why soon.

We spent a few days walking from morning till late afternoon with a guide called Mike (the name for the needs of foreigners, his natives called him Darum). The park’s area is app. 43,800 hectares. The habitants of the park are the following: 340 species of birds, 120 species of mammals, including elephants and orangutans. We did not have to wait long to see them all.

During our trekking, Mike told us why the jungle is so heavily protected. The strict rules protect the area against thefts of animals. Although the import of animals from Malaysia is illegal, there are mob organizations that steal animals and smuggle them, for example on ships with other goods. The animals are sent to countries where there is a high demand for such exotic pets. Have you seen movies on Facebook and youtube where a little monkey bathes in a bathtub, plays dressed in clothes or jumps on the couch at home? I hope you did not like this post because this monkey was probably kidnapped by smugglers and smuggled into a country where someone bought it to keep as a domesticated animal, away from other monkeys and from its natural environment. So sad…

Mike also told us about how the orangutans die when the jungle is taken over by man to make palm plantations. Palm oil forests are currently planted in many places in Asia and big farms are formed. The aim is to produce cheap palm oil used in many food and cosmetic products. The high demand for palm oil makes jungles disappear. Not only trees but also animals, including orangutans. Those who survived, even though their homestead was destroyed, are constantly returning to the place. But it is already a farm where orangutans considered to be pests are killed on the spot or caught in captivity. I therefore encourage you to give up palm oil products. Furthermore, it is very unhealthy as food additive. 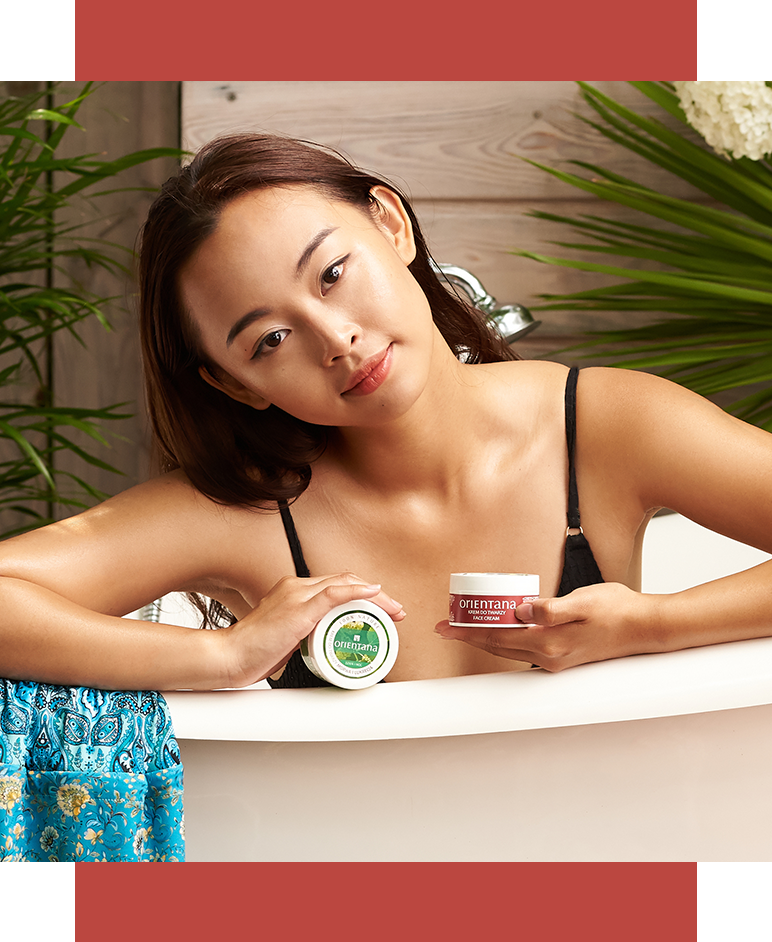 How to treat blemish prone skin?

In summer, our skin is exposed to excessive heat.  Too long sunbathing along with using cosmetics that are not properly matched to our skin type may cause overheating in the sun, and even dryness or irritation. All this causes our skin to weaken, so it needs...

END_OF_DOCUMENT_TOKEN_TO_BE_REPLACED

Undesirable ingredients in cosmetics – What to beware of?

Are you sure that you know which ingredients in cosmetics are worth to beware of? Do you want to enjoy good health, beautiful skin and great mood? Choose only natural cosmetics and carefully read the composition of such products. In principle, all cosmetics...

END_OF_DOCUMENT_TOKEN_TO_BE_REPLACED

Gotu kola also called Centella asiatica, commonly known as centella and in Hindi kudi kula grows in India and Sri Lanka. In some parts of Asia, it is called the „source of life” because of its beneficial effects – anti-aging, balancing skin hydration, improving...

END_OF_DOCUMENT_TOKEN_TO_BE_REPLACED 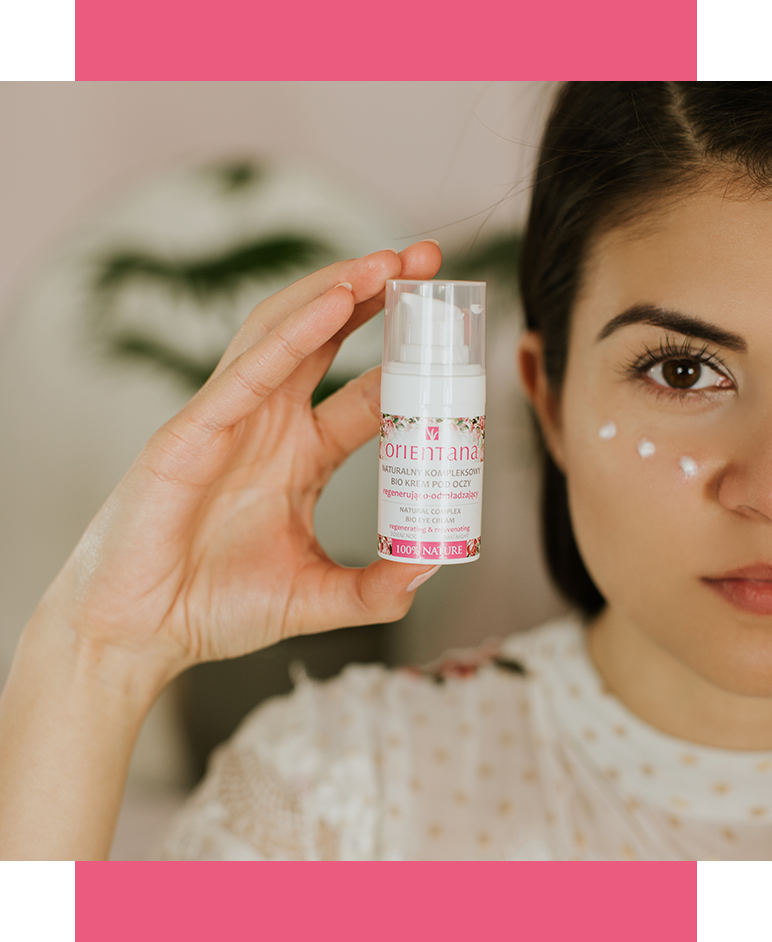 LET’S TAKE CARE OF SENSITIVE AND DELICATE SKIN AROUND OUR EYES!

Why do we care for the skin around eyes differently from facial skin routine? Is it possible to enjoy a fresh, illuminated look for a long time?An eye cream is a must and we need to invest in the best working eye creams! Especially when you are 25. Around that age we...

END_OF_DOCUMENT_TOKEN_TO_BE_REPLACED 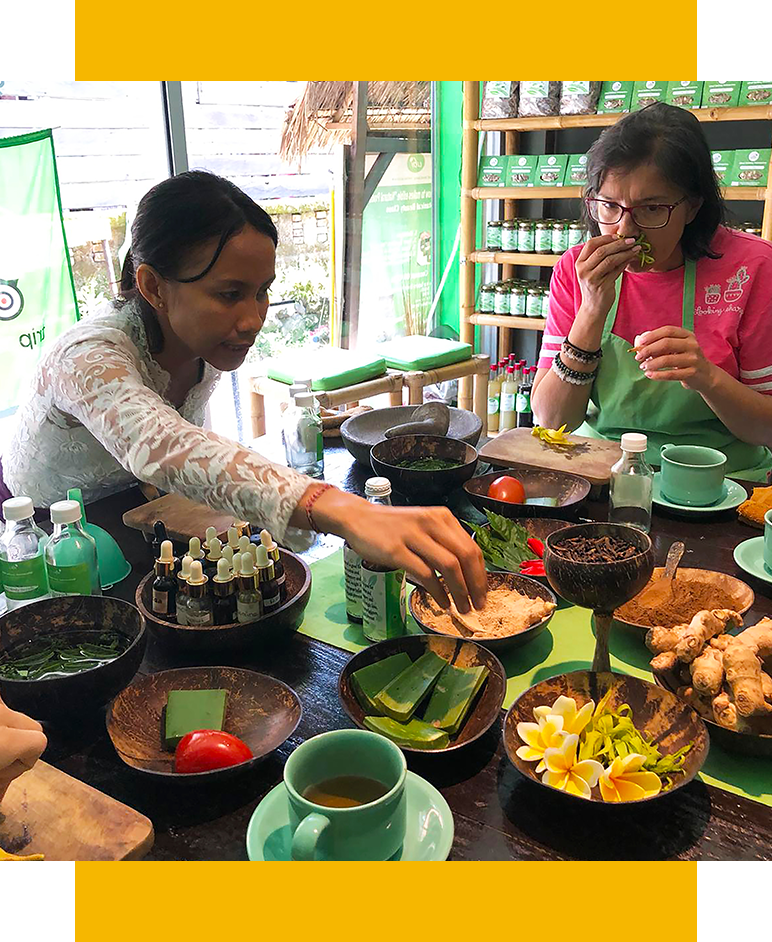 This summer, during my stay in Bali, I took part in an amazing workshop. I leant how to use Asian plants of Bali and create natural cosmetics based on  traditional Balinese recipes. All the timeI I am looking for inspiration to create even more interesting...

END_OF_DOCUMENT_TOKEN_TO_BE_REPLACED

On June 12th, Anna Wasilewska – the creator and owner of ORIENTANA brand was a guest of the Workshop with a star organized by All About Life. The meeting took part in modern interiors of Cook Story by Samsung in Warsaw. Polish celebrities as well as the most...

END_OF_DOCUMENT_TOKEN_TO_BE_REPLACED 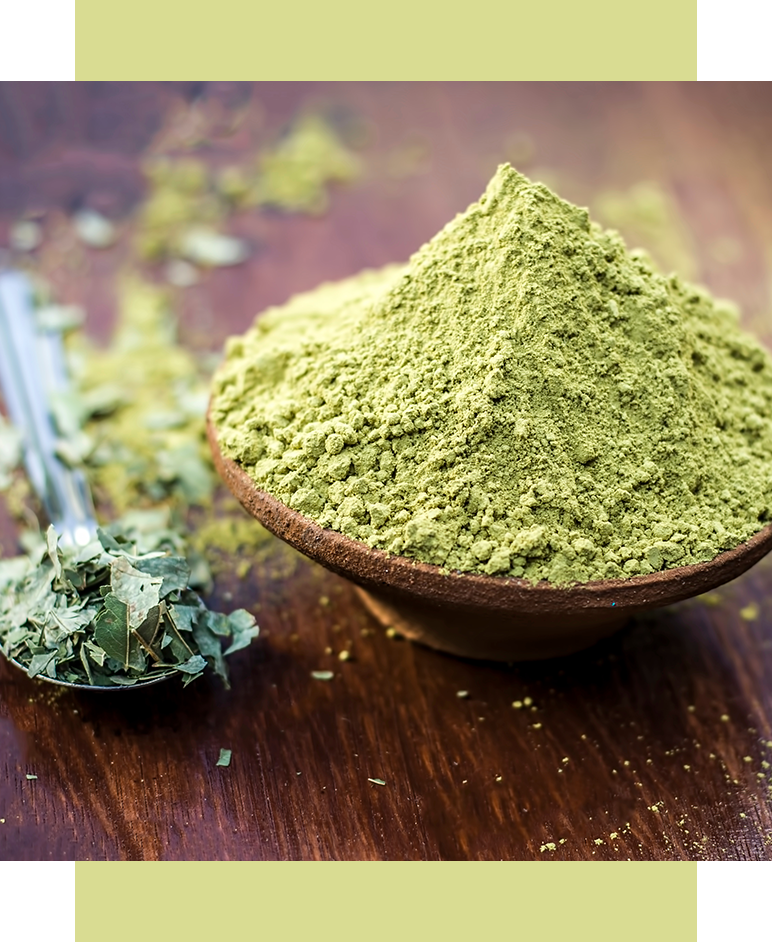 If you plan to switch to natural Henna dyeing, this article will show you how simple it is. It may seem troublesome to prepare and apply Bio Henna by yourself. However we would like you to try and discover that you can do it  ! The effects...

END_OF_DOCUMENT_TOKEN_TO_BE_REPLACED

Have you already tried Orientana Bio-Essence Masks? They are the only natural cosmetics in Poland, which gel base is 100% natural since it is made from Konjac plant. Konjac is probably known to you in the form of sponges used for effective and gentle face cleaning....

END_OF_DOCUMENT_TOKEN_TO_BE_REPLACED

When taking a taxi trip in Kuala Lumpur I saw inside the cab a sign of a crossed-out fruit. What does it mean? Is any fruit forbidden to travel with in Malaysia? This is interesting … This was my first encounter with a fruit called durian. I noticed many places in the...

END_OF_DOCUMENT_TOKEN_TO_BE_REPLACED 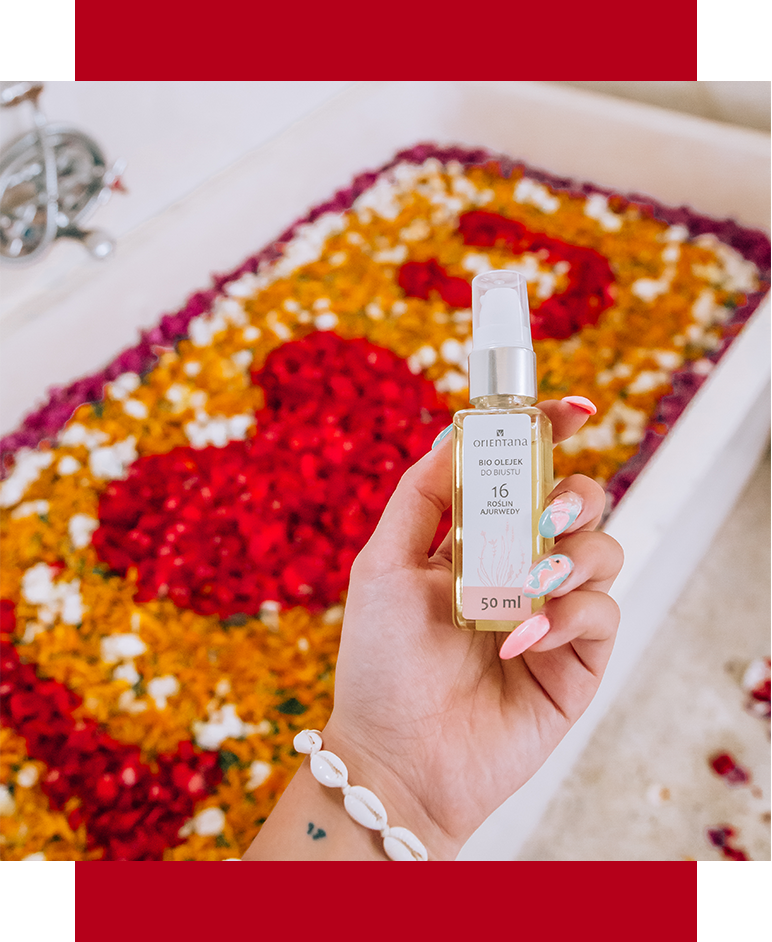 Orientana is a brand of natural cosmetics. We take care that formulations of our cosmetics are protected from growing microorganisms and fungus and we use as a protection mild preservative accepted in natural cosmetics by EU law.  You must know that according to...

END_OF_DOCUMENT_TOKEN_TO_BE_REPLACED 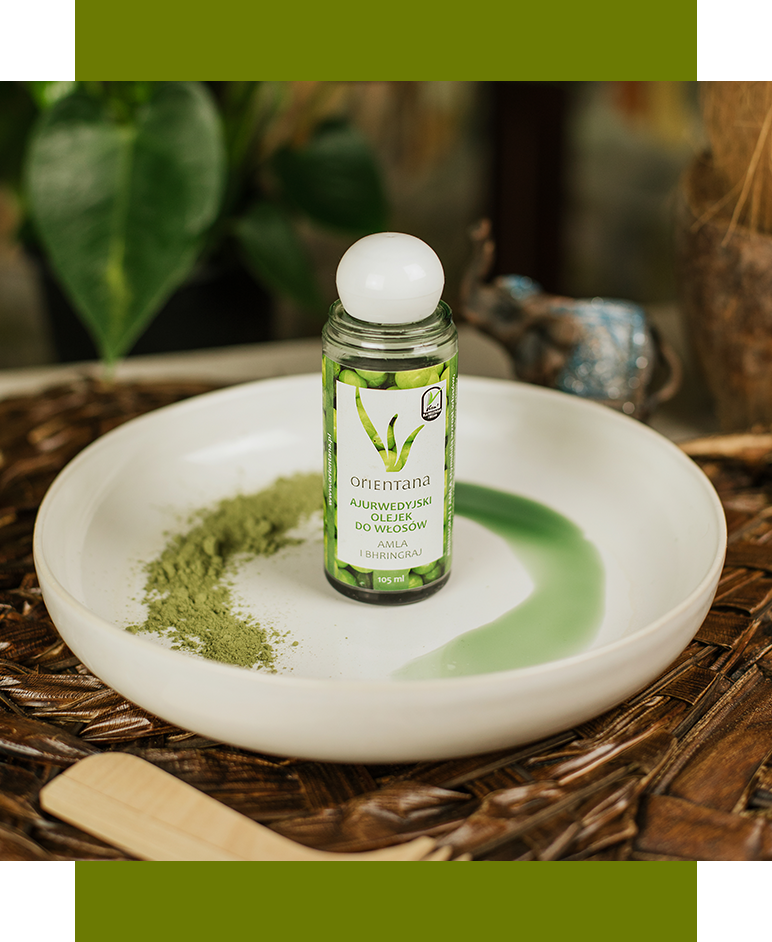 END_OF_DOCUMENT_TOKEN_TO_BE_REPLACED

Asian cosmetic scientists, especially those from Korea have been developing new, unique and efficient ingredients to use in cosmetics and cosmetology rituals. Snail slime is one of such interesting components. Some of you may consider it slightly unpleasant...

END_OF_DOCUMENT_TOKEN_TO_BE_REPLACED

Shopping cart
There are no products in the cart!
Continue shopping
0